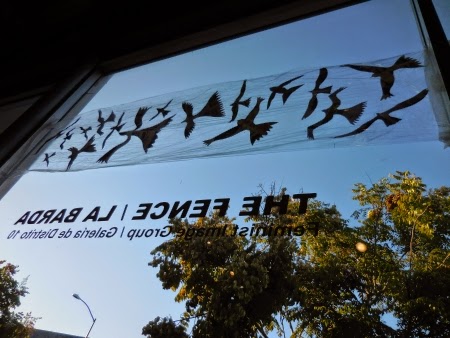 The show is open through October and will include upcoming performances and another opening event on October 11. 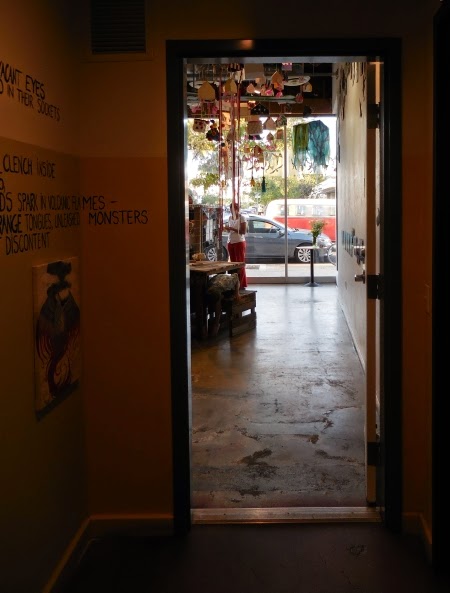 We invited people to enter through the Mexican side of the fence, where they could view such pieces as Gabriela Escárcega's Mujer de Fuego/Woman on Fire, mixed media (20,000 matches) with FIG artist Helen Redman... 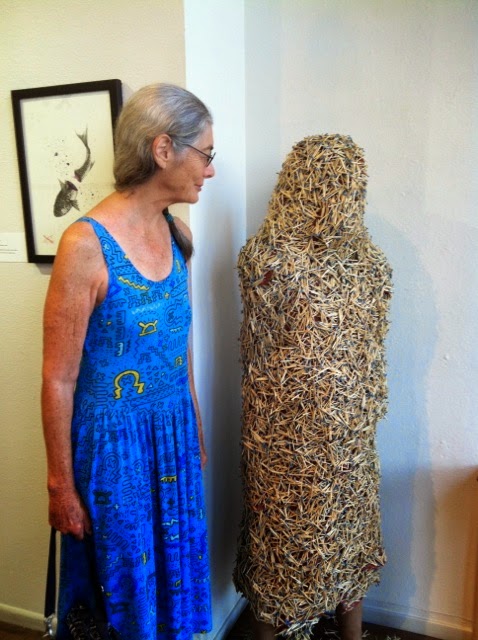 and in the foreground, Houses Fly Over the Fence/Pajaros Vuelan Sobre la Barda and in the background, Panca's painting Me Preocupa/It Worries Me, acrylic on wood... 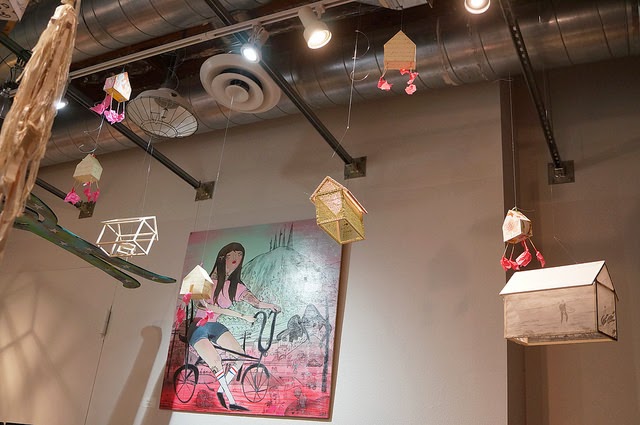 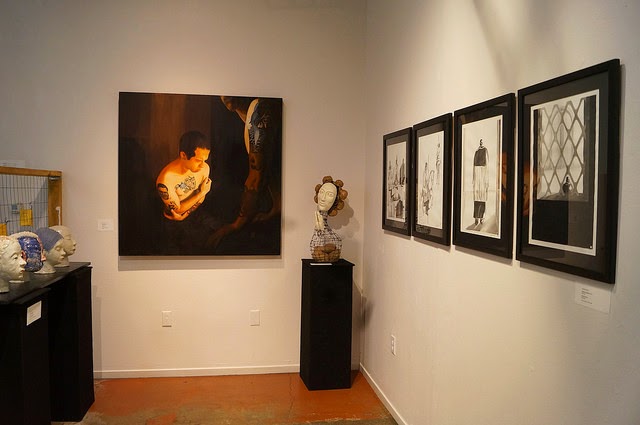 The fence itself, though, divided viewers from the American side, and from those they wanted to talk to on the other side... 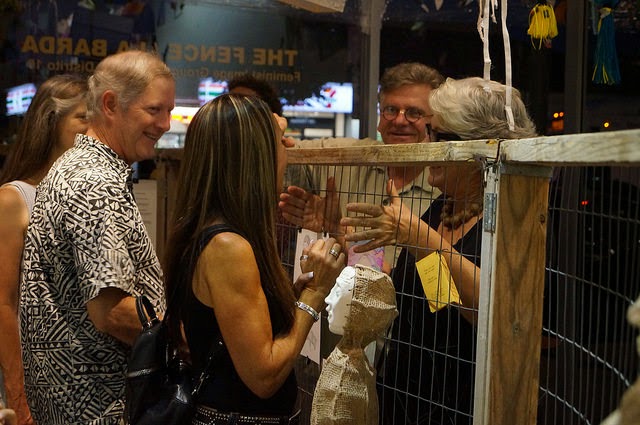 We joked that it was exactly the wrong height for many of the women visiting the exhibit; you either had to lean down or be on your tiptoes to talk to someone on the other side. 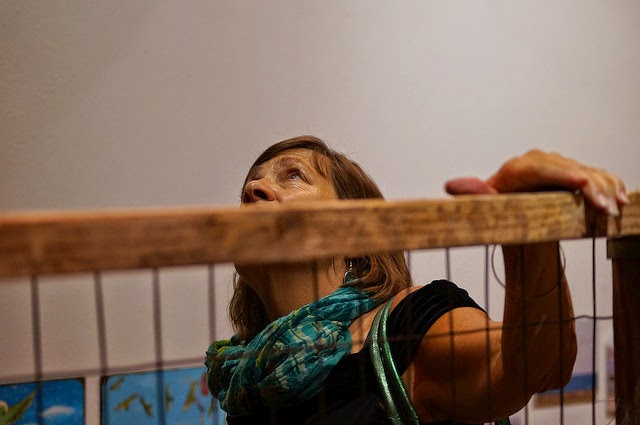 To see the American side up close requires a walk around the building and into the garden. 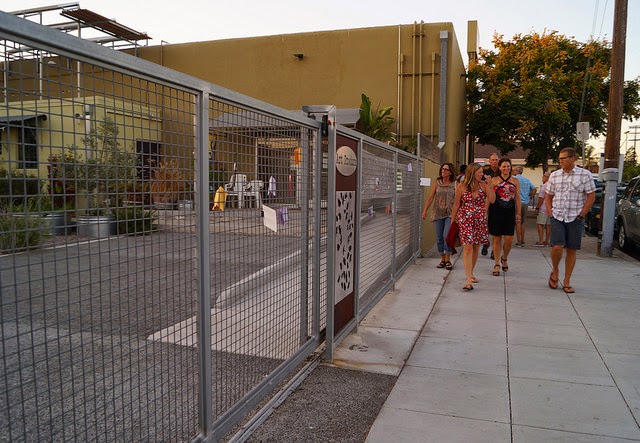 The garden space was a great social event in itself, where both sides mingled and ate and drank. 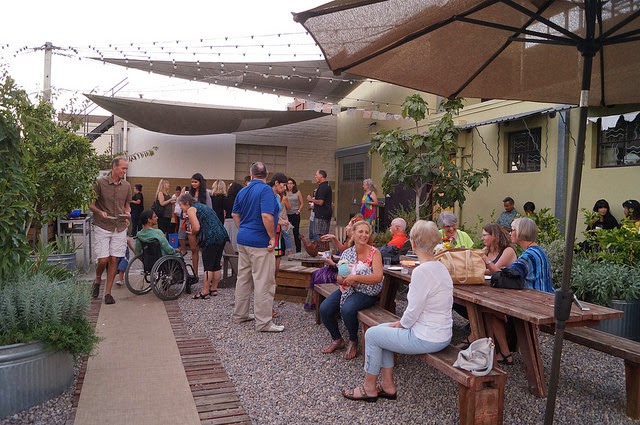 From there, you could go through the hallway populated with birds and Nilly Gill's poem in English and Spanish... 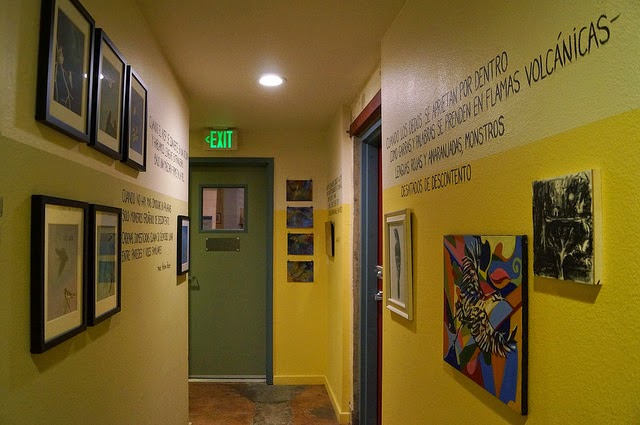 And then into the main American side, where the houses float overhead... 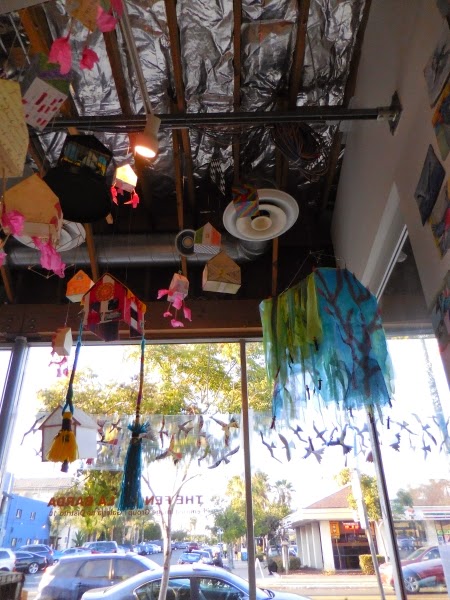 And birds traverse the walls. 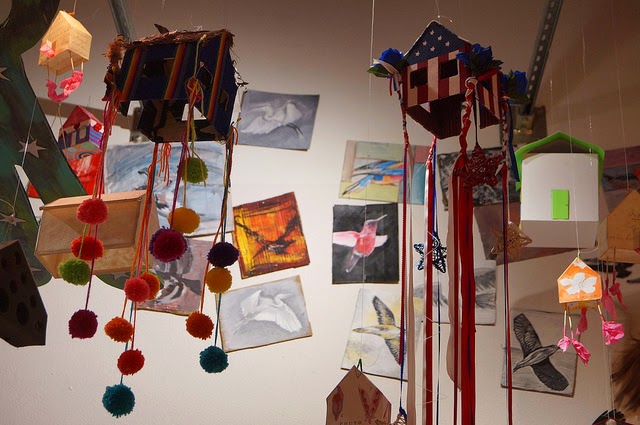 The American side also had booklets for visitors to fill out. 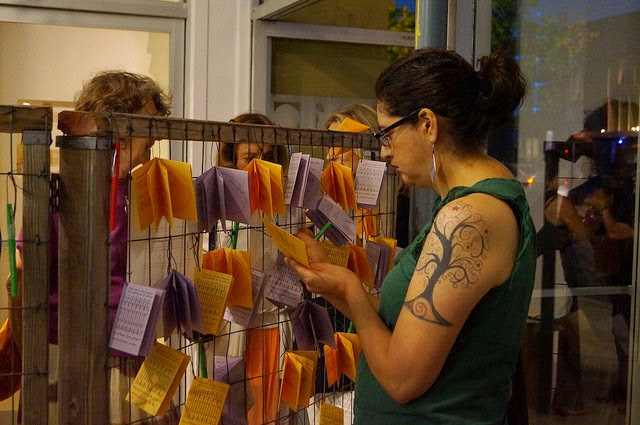 Straddling both sides was the game table, complete with game of Scrabble in play... 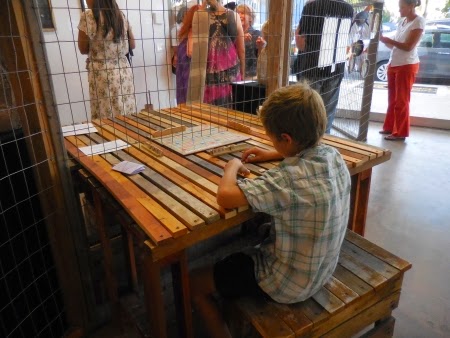 And these two figures reaching out towards each other in Figures by Fio Zenjim, Dos Cielos, Un Cosmos/Two Skies, One Cosmos (acrylic on plywood). 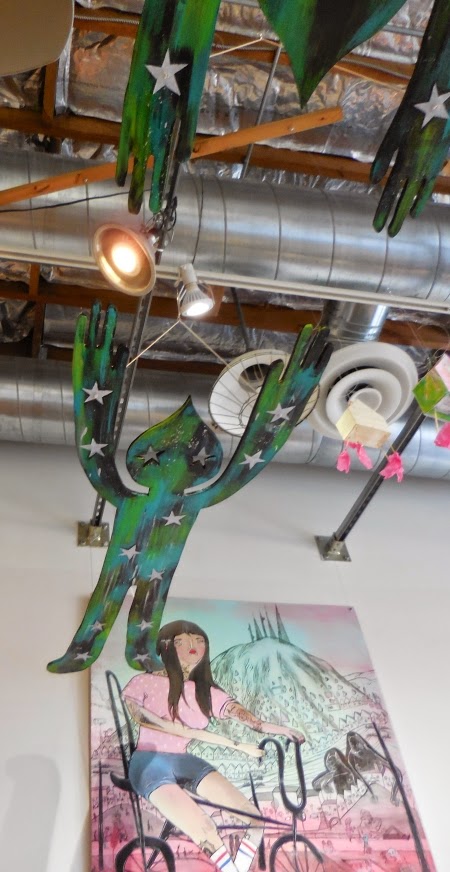 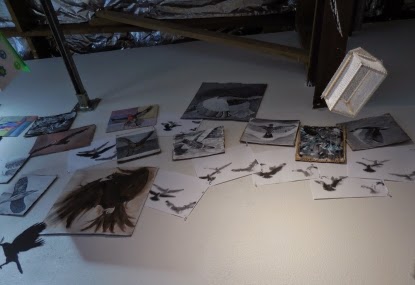 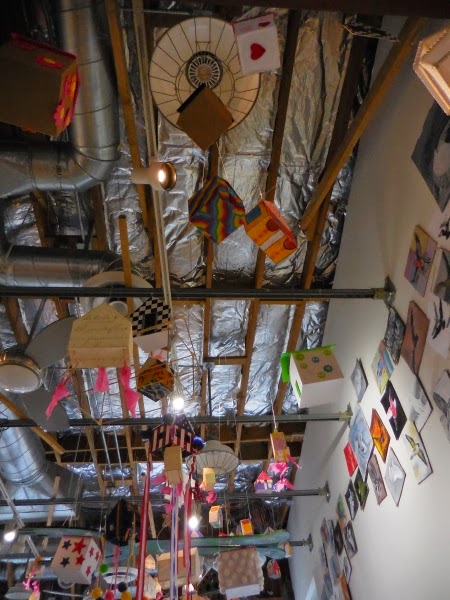 What I found the most interesting was the way the two sides came to be. The American side was installed two weeks prior, but was then redone 3 or 4 times as the artists brought in more work and adjusted for the Mexican counterparts. That said, the American side seems fairly freeflowing and it's hard to tell what one single artist has done in the group. The Mexican side was plagued by border-crossing and car troubles, reminding us of why we chose to do this exhibit, and highlighting their issues with the crossing itself. Their work came in at the last minute, some being installed during the actual opening. But the Mexican side is much more formal and it is obvious that certain art was done by certain artists. It looks like a regular gallery setting, while the American side is more conceptual, a group piece at heart.

I found that contrast intriguing and will look forward to how the gallery changes with additional performances and art coming in over the next two months.

Look for more posts over the coming days as we document more of the art and artists and additional events. Photos were provided by Susan Myrland, Helen Redman, and Kathy Nida.