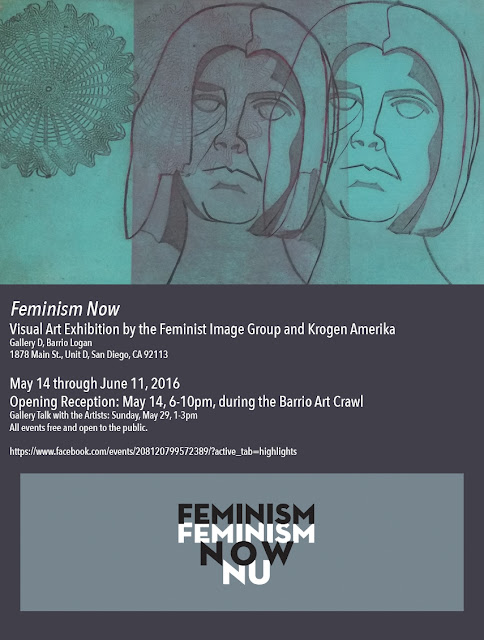 The next FIG show is coming up: Feminism Now, a Visual Art Exhibition by the Feminist Image Group and Krogen Amerika, Gallery D, Barrio Logan, 1878 Main St., Unit D, San Diego, CA 92113. The show is open May 14 through June 11, 2016. There will be an opening reception May 14, from 6-10 PM during the Barrio Art Crawl. There will be a Gallery Talk with the Artists on Sunday, May 29, 1-3 PM. All events are free and open to the public.

Members of the San Diego Feminist Image Group and the Swedish Group Krogen Amerika present artworks that explore multiple visions of what Feminism is today, in the context of Southern California and Northern Europe. Artists address the complexity of gender equality through themes such as sexism, body image, class, race, politics, spirituality, domesticity, biology, and history.

This exhibition will travel to Sweden in 2017.